Some fast-growing cities have introduced a motorized car numbering policy because of traffic pressures. This has served the purpose of restricting purchases, thereby reducing the number of motor vehicles on the road. The earliest implementation of this policy was in Beijing, and many later. Cities have adopted motorized car numbers to ease traffic problems. Judging from the effect of the implementation, the motorized vehicle Yaohao has indeed played a certain role. Then what is the significance of this policy implementation? Take a look at the specific analysis. 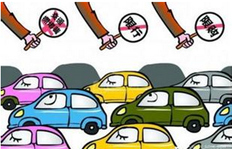 First, from the perspective of the urban environment. The original intention of the cityâ€™s implementation of the motor vehicle's Yaohao was to ease the traffic problem, and it also played a certain role in the implementation of the effect. This is the greatest significance of implementing the Yaohao policy. Not only that, but by reducing the number of vehicles traveling, it can also effectively alleviate the haze in the city. The emission of automobile exhaust has a great influence on the urban environment. The environment we live in can hardly see the blue sky and white clouds, and it is in a haze every day, which is very unfavorable to our health. By reducing the driving of motor vehicles, exhaust emissions can be greatly reduced, thus creating a good environment for our lives. In addition, the reduction of vehicles is also good for traffic safety. There are fewer vehicles and the chance of traffic accidents is greatly reduced.

Third, from the perspective of car buyers. Implementing the motorized car numbering policy has indeed brought a lot of inconvenience to those who are eager to purchase cars, but we must do so to alleviate the urban traffic problems. The inconvenience is temporary. For consumers, if they want to satisfy the needs of transportation tools, they can purchase new energy vehicles. This will not only lower energy consumption, but also provide certain subsidies, which is also a good choice for consumers.